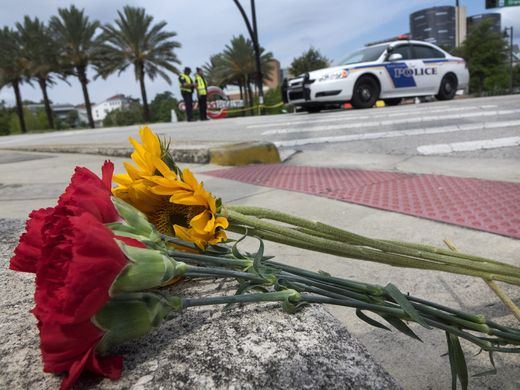 This morning, the largest mass shooting of American history left 50 people dead and at least 53 injured. The gunman Omar Mateen (now dead) called the police around the time of the attack to pledge allegiance to ISIS and mention the Boston bombers.

Mateen targeted the Pulse, a gay nightclub in Orlando, FL. The event is the most substantial terror attack on the U.S. since 9/11. Americans must now confront controversial and sensitive topics, such as Islamic extremism and the safety of the LGBT+ community.

Muslims constitute 23 percent of the world’s population, making it the second-largest and fastest growing major religion. Although radical jihadists pose a threat to American lives, characterizing all Muslims by terrorism is similar to defining Christianity based on the crusades or the Westboro Baptist Church. When Mateen pulled the trigger, the majority of Muslims were peacefully celebrating Ramadan.

Presidential Candidate Hillary Clinton identifies radical jihadists, not the religion of Islam, as responsible for acts of terror. “It doesn’t do justice to the vast number of Muslims in our country and around the world who are peaceful people,” said Clinton.

Do not let Mateen become the picture of the Islamic faith. Let it be Muhammed Ali, or Malcom X, or Malala. A small portion of the Muslim population can be dangerous, but many are your role models, your favorite athletes/performers, or even your neighbors.

Another issue brought into light due to this horrific event is the safety of LGBT+ individuals. Sexual orientation bias represents the third highest category of reported hate crimes. LGBT+ students are over three times as likely to skip school due to feeling unsafe than their peers. The attack of the Pulse caused sadness and fear in the LGBT+ community, but it is not the beginning nor, unfortunately, the end of violence against gender and sexual minorities.

This attack on a gay nightclub in Orlando poses a threat even larger than killing or injuring 103+ victims. Mateen’s actions threaten to divide the United States on the basis of religion and sexual orientation. This is what Mateen wanted. He shot with the intention to divide people due to their differences, for one group to seek superiority. In order to combat his malicious intent, we must fight with peace by cultivating a culture of acceptance. You don’t have to morally agree with LGBT+ issues or share a theology with Muslims. Rather than focusing on another person’s differences, focus on what you share simply by being human.