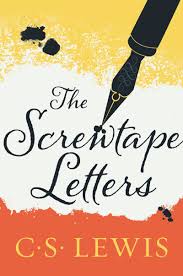 Our story starts with Genesis 1:1: “In the beginning, God created everything, and He saw that it was good.” The Screwtape Letters by C.S. Lewis explores the relationships between demons, God, and humans. On the other hand, “The Triumph of Easter” from Letters to a Diminished Church by Dorothy Sayers accounts for the sacrifice and resurrection of Jesus. Both explore the act of creation, as it belongs to God, and sin, as it is encouraged by Satan and sanctioned by God. The contrast of heaven and hell in their writing does not by any means cause a differentiation in their themes. Rather, these texts work together to tell the complete story of how God’s grace overcomes evil, from creation to daily life to redemption.

In “The Triumph of Easter,” Sayers asks, “Why should God, if there is a God, create anything, at any time, of any kind at all?” and “Why did God create His universe on these lines at all? Why did He not make us mere puppets, incapable of executing anything but His own pattern of perfection?” The answer to the first question is, as Sayers concludes, a mystery to humankind. “The one person who might be able to give some sort of guess at the answer is the creative artist,” she says, and the creative artist is God. The second question, which asks why God bestowed humans with free will, has a logical explanation. God knew the future of the world and the people He created, included the sins they would commit. He created them anyway. While sin occurred against His will, it was not outside His allowance. He does not want man to sin, but He allows it because He purposefully made humans creatures of free will. Sin occurs not only because people have free will, but because they are tempted by Satan, who turns righteous pleasures into sinful acts. “All we can do is encourage the humans to take the pleasures which our Enemy has produced, at times, or in ways, or in degrees, which He has forbidden” (Lewis 40). Evil is not created by Satan or God because it is not created at all. It is produced by Satan defiling the good things that God created. Since demons are not capable of creation, they resort to twisting innocent desires. Pleasure is not in itself a sin; in fact, God intends His creation to experience both pleasure and pain. Screwtape chides Wormwood, saying, “How can you have failed to see that a real pleasure was the last thing you ought to have let him meet? Didn’t you foresee that it would just kill by contrast all the trumpery which you have been so laboriously teaching him to value?” (54). Screwtape and Wormwood are not trying to prevent their patient from experiencing pleasure. Rather, they attempt to replace genuine pleasure, such as reading a good book or enjoying a cup of tea and a walk, with false pleasure. They cannot create pleasure or pain, so they resort to taking “real, positive pleasure,” and twisting it to their liking and to their mission.

The act of creation belongs to God, and it is His unique ability. Humans are only able to create because He created us and gifted us with the ability. This is according to the pattern of the universe created by God, and humans play a role in this pattern. Sayers did not pull this idea out of thin air. The Bible supports the idea that God gave His ability of creation to people: “For every house is built by someone, but the builder of all things is God” (Hebrews 3:4). Even Screwtape admits, “It is His invention, not ours. He made the pleasures; all our research so far has not enabled us to produce one” (40). Demons are capable of tampering with the minds of humans, and are even able to conduct research on how to do so. However, they are incapable of creation. Their inability to produce anything of their own is a tribute to God’s unique innovation. According to the Bible, demons are fallen angels (Revelation 12:9). When they started as angels, they were originally created as virtuous beings by God, but chose, by free will, to leave their heavenly home in order to follow Satan, the original fallen angel. God created them, and while they go against His will, nothing they do is out of His control. It is within His power to prevent or end sin; the reason sin happens is because He allows it to occur. Sayers argues that He allows “bigger” sins, such as dictatorship and genocide, to occur for the same reason He allows “minor” sins (e.g. lying and greed)–to prevent either would be a violation of free will. He does not step in when things get “too bad” because free will is not something mankind can have halfway. God gave them free will, and, by His own rules, He does not step in to make humans His puppets when one’s own sin becomes too much to bear. This aspect of sin threatens the world of demons. “Why that creative act leaves room for their free will is the problem of problems, the secret behind the Enemy’s nonsense about ‘Love’” (111). The fact that even sin, a result of free will, can be in God’s control, demonstrates the power God has over these lesser creatures.

Sin, however afflicting on earth, is not a simple accident from the downfall of man. Even sin plays its role in God’s plan for the world. He allows sin for the same purpose He allows “this kind of thing,” i.e. “wars, persecutions, cruelties, Hitlerism, Bolshevism, or whatever large issue happens to be distressing our minds at the time” (Sayers 111); He honors his creation and delights in a relationship with His creation. He does not allow sin or “this kind of thing” to happen without a larger picture in mind. He created humans with the knowledge that they would be creatures of free will, and that was exactly how He wanted it;

When Judas sinned, Jesus paid; He brought good out of evil, He led out triumph from the gates of hell and brought all mankind out with Him; but the suffering of Jesus and the sin of Judas remain a reality. God did not abolish the fact of evil: He transformed it. He did not stop the crucifixion: He rose from the dead. (115)

Jesus takes what Satan twisted and transforms it in order to restore the world to its rightful order. “Him suffering is an essential part of what He calls Redemption” (Lewis 27). To say that Jesus had to die does not contradict the power of God. He is all-powerful and was capable of redeeming the world without sacrificing His only son, but He chose to save His creation following the rules He created: the cost of sin is death. Jesus paid that cost. Sayers elaborates on this in another essay, “The Greatest Drama Ever Staged”:

He has kept His own rules and played fair. He can exact nothing from man that He has not exacted from Himself. He has Himself gone through the whole of human experience, from the trivial irritations of family life and the cramping restrictions of hard work and lack of money to the worst horrors of pain and humiliation, defeat, despair and death. When He was a man, He played the man. He was born in poverty and died in disgrace and thought it well worthwhile. (2)

Jesus did not have to die. God had control over redemption as well. Jesus died not only to save mankind from their sins, but to demonstrate His love for His creation in the most human way He could. This is a fact that Screwtape and Wormwood both know; their mission is to keep humans from understanding and accepting this. One of their primary methods of separating people from God is through the church. “We want the Church to be small not only that fewer men may know the Enemy but also that those who do may acquire the uneasy intensity and the defensive self-righteousness of a secret society or a clique” (Lewis 32). Everything that Screwtape encourages Wormwood to do, from exploiting pleasure to causing temptation, is all a part of their greater mission to keep a distance between God and His creation.

The Screwtape Letters and “The Triumph of Easter” deal with opposite ends of the spiritual spectrum: demons and divinity. However, Lewis’s and Sayer’s ideas of the relationship between creation and sin tell the story of redemption. God’s power is all-encompassing; He could have changed any part of the story, from preventing the fall of the angels to becoming demons or saving the world without sacrificing Himself. These texts tell more than the story of good’s victory over evil; they demonstrate God’s autonomy and mercy in every one of His choices, from why He chose to let “these kinds of things” happen to why He became man for mankind. In the beginning, God created everything, and He saw that it was good. In the end, God wins. In the end, Easter triumphs.